Are Credit Cards a Good Thing or a Bad Thing?

If you have free or low cost money from a credit card AND you invest or use the money to make MORE than the debt cost, then it’s good. IF however you have spent the money on stuff you probably didn’t need, have nothing left in the bank and are paying high interest charges every month to the credit card companies, then NO, it’s very very bad.

I personally love credit cards. Yes, I probably should get out more but hear me out.

If you manage your cards properly, they can be very useful in a number of ways:

I use my cards in 2 ways, the first is to manage longer term debt (I’ve actually use some to bring down my LTV on my mortgage) and the second for day to day spend. We will however start by looking at how most people [statistically speaking] use their cards.

Bob has a “good job”; he earns £50k per year and has a normal credit card from his bank. The card doesn’t give him any special benefits and if there is an unpaid balance at the end of the month, he pays 24.9% pa interest.

Can I just say at this point NEVER leave an unpaid balance on a card that’s charging interest! ALWAYS pay in full!!

I’m assuming here that dear Bob is using his card for general living expenses, he’s paying off chunks when he feels like he ought to or is able to and is just paying the minimum when he’s a bit strapped for cash.

You don’t have to be a mathematical genius to see that he’s not only managed to amass a decent amount of debt over the year which is now costing him over £100 per month just to stay in the same place, but he’s also spent £819.81 on interest!! That’s more than his summer holiday cost!

I won’t labour this point, I’m sure you get this, just please; never leave an unpaid balance on a card that’s charging you interest, even if you use the card to survive next month, still pay it in full. You get at least 21 days interest free (check the back of your credit card statement to find out how many days interest free it gives you, or call them) so it’s always worth it.

One of the reasons that most money books recommend NO DEBT at all is because people often see this interest free period and think its free money which makes them spend more than they would have if it was cash and then they don’t PAY IN FULL when the payment date rolls around. (cite American money makeover) I’m going to continue with this book in the hope that you are not most people!

What he could have done differently especially if he knew that he’d be having a tough year and wouldn’t be able to pay for it all, would be to get a card that’s 0% on purchases. These are especially good if you’re buying something quite big like a car (a used cheapish one of course) or a special holiday etc. just to be clear though this is money you would have spent anyway, it’s not free cash to spend on stuff you wouldn’t buy if you had to hand over cash.

0% purchases cards need to be treated with care. It can feel like you’re rich for a while since all the money you would have spent is still in your bank account, but you have to put the money away somewhere where you won’t touch it so that you can pay the debt off when it’s due. Always try to keep the balance on the asset side of the scale

Maybe Bob could have done something like this instead:

In this example, Bob has spent exactly the same money but only paid the minimum payment as he is not being charged any interest. The rest of the money that he would have paid in (in method 1) goes into a savings account:

The money that goes in or out of the savings account is exactly what he would have paid into the card in method 1 so his monthly payments are exactly the same in both examples, they are just going to 2 accounts instead of 1. You will also see that he is RECEIVING interest instead of paying it (nice feeling!)

Comparing to result of these 2 methods look like this:

In the second method bob is £889.03 better off at the end of the year. He paid in the same amount and spent the same amount but he’s in much less debt.  Not only did he save all the interest he would have paid, but he MADE some too!

The other really important thing is that this is only the first year picture; imagine if this went on for YEARS!! All that interest would just get higher and higher making it almost impossible to crawl out of. Similarly, in the second method you compound the interest that you RECEIVE for as long as you can keep this balance on 0% by paying the monthly minimum.

There is also a really crazy thing that people sometimes do, I’m sure this isn’t you but I’ll tell you anyway, some people put money into savings (at very low rates usually) and leave a balance on their credit cards!! They pay for debt when the money is sitting in the bank “just in case”!!!! really?! Just in case of what? That someone tries to rob you blind by charging you interest every month?!

If you have money in a savings account, check out the rate you are getting (it’s probably less than1%), if it’s less that the rate you are paying your credit card (probably more than 18%), pay the damn thing off asap! 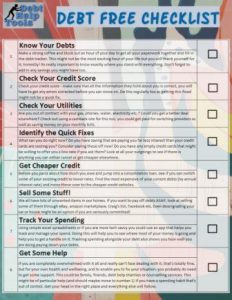 Download No_3: The Debt Checklist Having trouble getting started? Fear not, this simple step by step guide will help you make sure you’re covering all 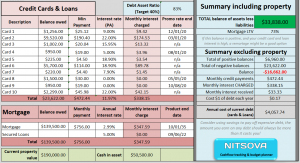 Download No_2: The Debt Tracker This detailed debt management spreadsheet gives you a comprehensive view of all your debt and credit in one place. If 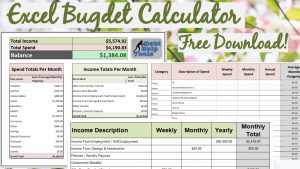 Download No_1: The Budget Planner Watch the budget planner at work! Need a comprehensive excel budget planner that automatically works everything out for you? ……..well 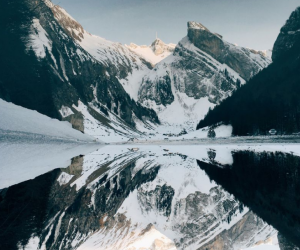 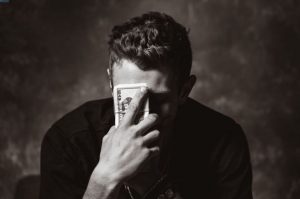 Did you know that there are 3 credit agencies in the US that provide credit reports? Did you also know that each credit agency can